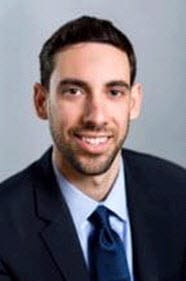 Civil Rights Attorney, David Berlin helps people who have had their constitutional rights violated. He can be reached through our contact form or by calling (610) 550-8042.

Would it surprise you to learn that when a person is found not guilty in a criminal court after spending years in prison, the police officer that made the arrest is often immune from civil liability? The defense is called Qualified Immunity ("QI") which is a legal doctrine that allows government actors to make reasonable mistakes because of the dangerous and difficult nature of their jobs.

It makes sense, for example, that police officers need to make quick decisions with limited information for public safety. They should be given the benefit of the doubt. In practice, however, QI is applied too often when mistakes are not reasonable. This defense extends to everything from excessive force, to wrongful search and seizure, to false arrest and malicious prosecution cases.

A federal district judge once admonished me that QI is so broad that a police officer in Seattle was found immune after applying a Taser to a pregnant woman. "Counselor, I suggest you go back and read the Supreme Court jurisprudence on QI," he lecture d.

I have since lost several civil rights cases for plaintiffs who went to prison for years before their criminal charges were dismissed. Courts found that if detectives had any reasonable suspicion whatsoever that my clients committed a crime (even if later found to be totally untrue), the police officers had no civil liability.

The critical question in a QI analysis is "whether it would be clear to a reasonable officer that his conduct was unlawful in the situation he confronted." Saucier v. Katz, 533 U.S. 194, 201 16 (2001). This inquiry "must be undertaken in light of the specific context of the case." Id.

The cards are stacked against civil plaintiffs because of QI - but the U.S. Supreme Court will soon have an opportunity to reconsider.

In a case called Hernandez v. Mesa, a border agent shot and killed a boy near the U.S. border wall in Texas. The boy was a Mexican citizen. The Supreme Court will now be asked to decide several important questions including whether the agent is entitled to a QI defense because it was not "clearly established" that a noncitizen was protected under the Fourth and Fifth Amendments.

The Supreme Court's decision is crucial because it will either limit the QI test to consider actual reasonable minds of officers, or it will force courts to consider whether officers contemplate complex and unclear legal questions - which is unrealistic. The latter would expand the use of QI. In the Hernandez case, that means potentially allowing an unreasonable abuse of force to go unpunished.